During the lockdown in the country, people of the country enjoying their favorite programs and web series at their homes, on the other hand on social media another dispute starts between Youtube and Tik-Tok and reached Instagram. Later this story came back to YouTube and now YouTube itself had to come forward to end these fights. After this Youtube delete CarryMinati’s roast video. If you are unable to know, then let us tell you that we are talking about the dispute between CarryMinati and Aamir Siddiqui. Let us tell you the whole story of this dispute from beginning to end.

What is the whole matter?

Actually, The whole thing started when Amir Siddiqui (Tik-Toker), who has 3.7 million followers on TikTok, released an Instagram story video and criticizing India’s YouTube community for its contents. In response  CarryMinati released a roast video on his channel which became viral instantly. And again Amir Siddiqui started a campaign against CarryMinati for cyberbullying. As a result Youtube delete CarryMinati’s roast video. Youtube removed the video for violating YouTube’s policy on harassment and bullying. We all know that how much Youtube is strict about their guidelines.

On 15 May, 2020, after the video is deleted CarryMinati fans flooded the social media with the hashtags #justiceforcarry,#BringBackCarryVideo.

CarryMinati is a famous YouTuber and run the CarryMinati Youtube channel. He has about 18.7 million subscribers on his channel and his real name is Ajay Nagar and he is from Faridabad. Carry created his first video at the age of 15, and now he is the most popular YouTuber on Youtube from India.

Carry’s fans are stunned to see that his famous video is deleted by Youtube.  The video become so popular across the whole country and gain over 7 million views within a week and also CarryMinati’s subscriber increase from 8 million to over 18.7 million. Fans have been sharing their thoughts about the deletion of their videos on social media.

So far, #BringBackCarryvideo, #CarryMinati, and #JusticeForCarry are the three most popular hashtags on Twitter. Here we show you some reactions to CarryMinati’s deleted video from Youtube by their fans on social media.

Here we also mention some important guidelines from Youtube, which you have to consider while uploading a video on your own channel and help you steer clear of trouble. Please follow these rules seriously and try to avoid using such things in your content. 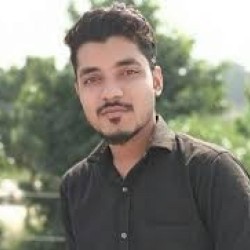 Akhand Pratap Singh
Akhand is a professional blogger and SEO Analyst. He has an experience of more than three years. He loves to write about anything that is directly or remotely connected to Technology, Search Engine Optimization, and Digital Marketing. In addition Akhand also provides technical SEO and social media marketing services for businesses of all sizes.

This site uses Akismet to reduce spam. Learn how your comment data is processed.

Get all latest content delivered straight to your inbox.

Add SARADANEWS to your Homescreen!